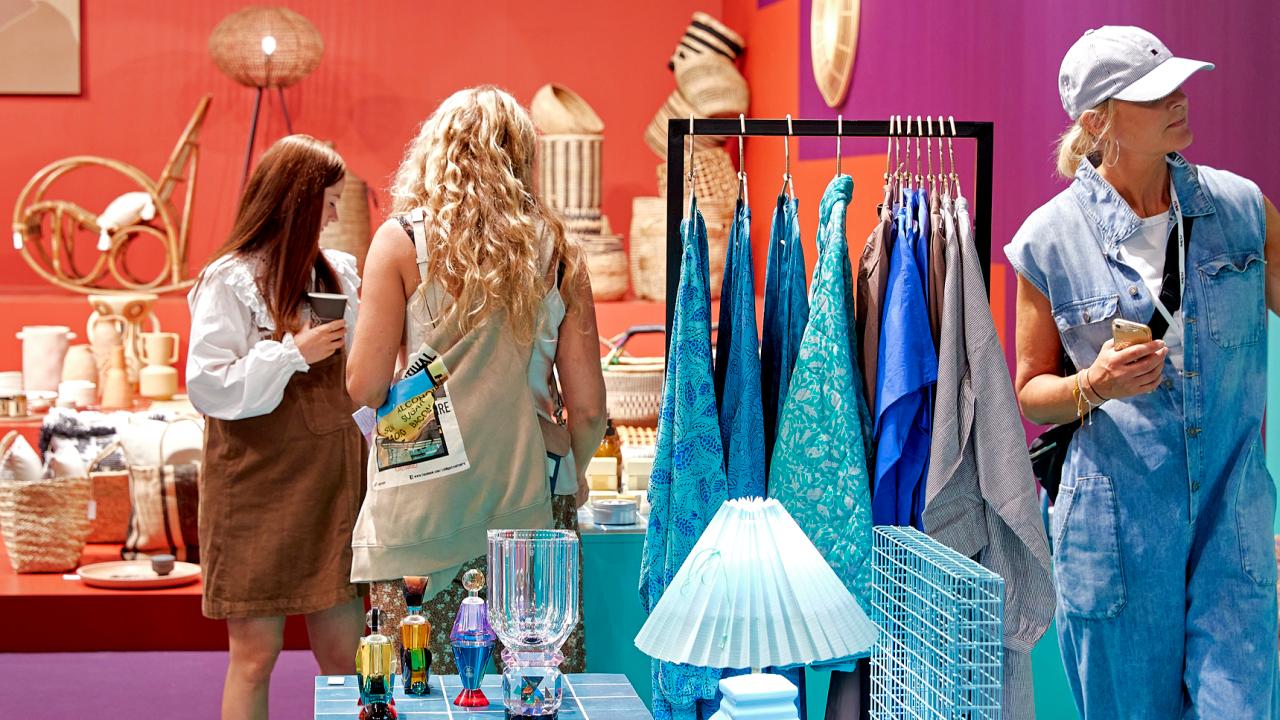 With the 'Fashion & Lifestyle' concept hall, the interior and design fair Formland expands its focus on fashion and accessories - a development in line with the trend, where boundaries are blurred and new possibilities arise. Formland Spring 2023, which takes place 29-31 January 2023 in MCH Messecenter Herning, embraces different aspects of lifestyle more thoroughly than before.

The interior and design fair Formland has long represented fashion as well, but at Formland Spring 2023 the fair takes it a step further with a concept hall dedicated to fashion and accessories - a hall entitled 'Fashion & Lifestyle'. The initiative is met with great excitement in the fashion industry, where the development is considered a natural extension.

- It makes excellent sense. Consumers today are very much used to the one-stop-shop principle and like to revisit the stores, online and physical, that have something extra to offer. At the same time, there is a fusion of fashion and interior shops, therefore the new 'Fashion & Lifestyle' concept hall can create value for both exhibitors, visitors, and not least Formland as a destination, believes the managing director of the industry organisation Dansk Mode & Textil Thomas Klausen, who is convinced that the new hall will be both a success and a well-integrated addition of Formland: - Bearing in mind Formland's generally high standard for the fair, I am sure that the new hall will fit in nicely with the fair's layout, interior and overall design line. There will undoubtedly be great synergy between the various exhibitors, even if some have their main area in interiors and others in clothing.

Dansk Mode & Textil will be present at the fair with a lounge area in the 'Fashion & Lifestyle' concept hall, from where they will contribute to creating a dialogue between Formland and fashion brands.

Among the exhibitors in the new hall, the expectations are high ahead of the fair, and both new and existing Formland exhibitors are looking forward to the new surroundings. For the sustainable Danish brand CARE BY ME, who designs clothing, interiors and accessories, the hall is tailor-made.

- It is a dynamic and innovative initiative right in the spirit of the time and a very welcoming opportunity for us. We have now been working with our slow living concept for 10 years, which contains long-lasting styles in both fashion and interior design, why the new concept hall suits us perfectly. I see outstanding opportunities for the fair to reach a wider audience of visitors from related industries, and the expectation is without a doubt that the initiative can secure us many new contacts both at home and abroad, says partner and commercial director of CARE BY ME Pernille Pold.

The newer Danish brand Nava Copenhagen, who designs jewellery and participates at Formland for the second time, sees great possibilities in the new hall.

- We participated for the first time at Formland in August this year and were deeply overwhelmed by the many people and the positive response we received. It suits us perfectly that we now have our own hall with related exhibitors because it makes us easier to find for visitors, furthermore we look forward to spreading awareness of our brand at the fair, and the expectation is that we will get a few more contracts. At the same time, we look forward to connecting with other new entrepreneurs as well as established brands, notes the owner of Nava Copenhagen Maria Rindal Petersen.


Increased focus on fashion and accessories

The new concept hall 'Fashion & Lifestyle' is already popular, which of cause pleases the team behind Formland.

- We are extremely grateful for the great support for the concept, which we have been met with all around. We have for a long time experienced an increasing interest in combining fashion and interior design, and that trend is only confirmed by the great welcome of the hall. With both fashion and interior richly represented, it is now even more obvious than before that the fair is a unified lifestyle universe, says Formland’s Project Manager Flemming Andersen, who expects that the fair will have an increased focus on fashion and accessories in the coming years.

In addition to inspiring exhibitors, the 'Fashion & Lifestyle' concept hall offers, a café and the fair's popular Speak Up stage with lectures on the programme.

What are you looking for?